The Imagination Network is an innovative creative engagement program that provides opportunities for people with dementia to connect, share their ideas, and engage with the broader community.

Inspired by TimeSlips—a story creation process that replaces the pressure to remember with the freedom to imagine—The Imagination Network brings people with dementia together with artists and community members to co-create powerful and inspiring works of art.

In 2015, The Art Farm and Good Samaritan Christenson Village (a 140-person Care Home in Gibsons, BC) teamed up and began a long and successful collaboration.  Their early projects included the Sunshine Coast Art Crawl and the Sunnycrest Mall Pop-Up Studio.  During these projects, The Imagination Network hosted a series of creative workshops that involved collage, painting, textiles, dress-up photo booth, shadow puppetry, music, and theatre sports. Youth, children and the broader community were invited to participate and engage with people living with dementia to produce and showcase original works of art. 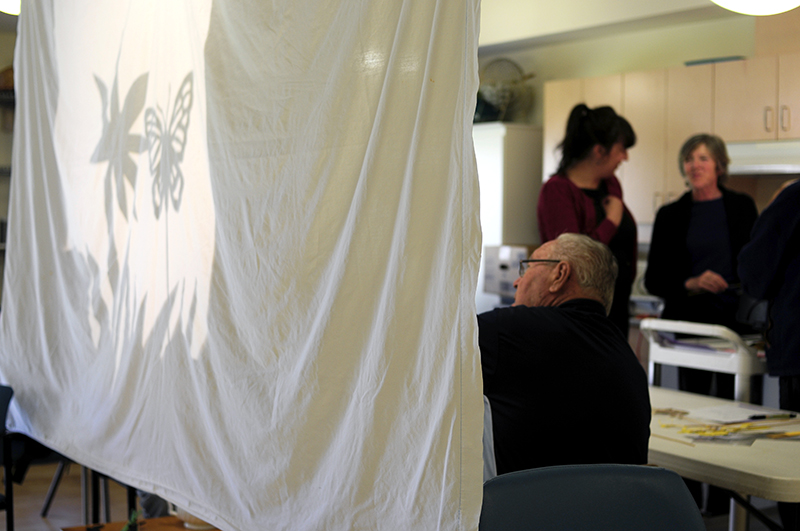 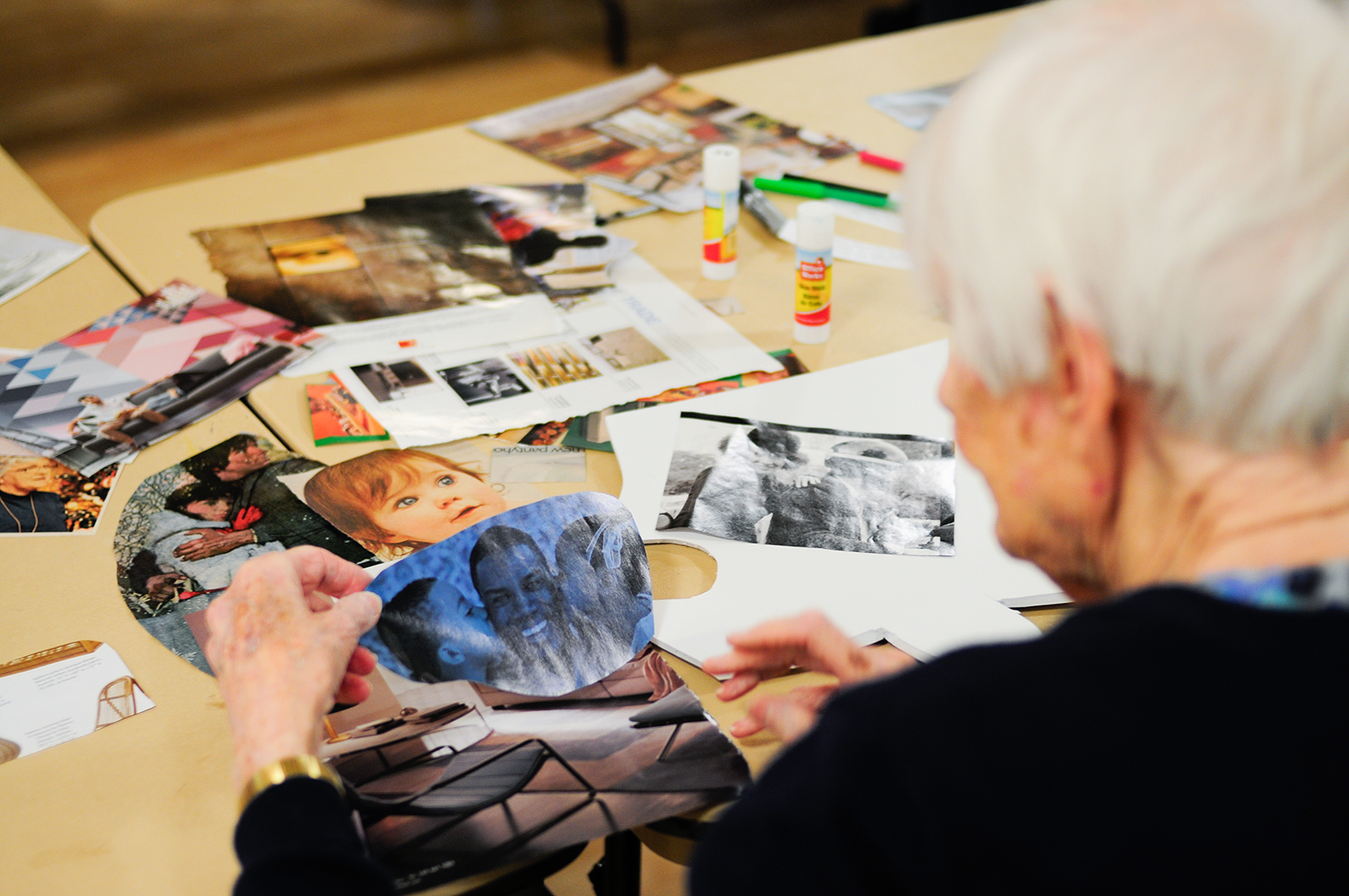 In 2017, The  Imagination Network launched a ground-breaking multi-year project – Raising the Curtain  – that explores the question: “What is the lived experience of dementia?” through the ideas, creativity and perspectives of those living it. It is being facilitated by a team consisting of health care professionals (Christenson Village), Researchers (Douglas College) and artists (Deer Crossing the Art Farm).

The first phase of the project will culminate in the presentation of a theatrical production that is written, produced and performed by people living with dementia in collaboration with professional artists, care givers, and community members.   A research paper will be also be published that evaluates the impact of creative engagement on people living with dementia.

Working towards this production goal, the team has undergone an in-depth collaboration process utilizing all elements of creative expression.  People living with dementia led and actively participated in a series of creative workshops such as sculpture, mixed-media, spoken word, sound and movement.  These workshops were transcribed by the research team and the data was analyzed to identify themes surrounding the experience of dementia. In a subsequent series of workshops, the team looked deeper at these themes through a creative lens to develop ideas for the theatrical production.

In March 2020, Raising The Curtain had to pause the face-to-face creative workshops and rehearsals due to the COVID 19 pandemic. Our team took a short hiatus to adjust to life in the world of physical distancing, and to reimagine what a theatrical presentation could look like in this new context.

After considering all options (including postponement), we decided that The Show Must Go On! And so… after five weeks of ZOOM workshops between artists/facilitators, participants and their care partners, the re-imagining led to…

Why this is important

In the emerging field of dementia advocacy, one of its leading voices Kate Swaffer—living through the experience of dementia herself—has coined the term “prescribed disengagement”; once a person has been diagnosed with the illness, they are encouraged to disengage from regular society, to prepare for the inevitable decline in their cognitive abilities.

The Imagination Network aims to challenge this notion. A person with the lived experience of dementia is still creative, still has a story to tell, and still has valuable contributions to make to our world and communities.

The Imagination Network  project represents one or our core missions – to include and celebrate the voices of marginalized members of our community.

Special thanks to our Imagination Network partners, sponsors and funders.