A quick scan of the 2011 Census of Agriculture paints a bleak picture. The average age of farmers in Canada is 55, with more than 48% over the age of 55. Only 8% of our farmers are younger than 35. The number of farmers dropped 10% from 2006 to 2011, as did the number of farms. The reasons are simple. In most of our provinces, land costs too much and farming makes too little. This is a national crisis that requires collaborative innovation between the public, private and community-driven sectors. The Smart Farm Project is an exploration of several such innovations.

In BC, the ALR—and the Agricultural Land Commission that oversees it—was established to protect farmland from the pressures of development and urban sprawl. Rules and regulations need to be firm to withstand this pressure. But rural municipalities and regional districts across BC have jurisdiction over thousands of hectares of potential farmland outside the ALR. These properties are generally smaller than average ALR lots, are typically serviced and cleared and in many cases have some type of housing already in place. The Smart Farm Project explores whether increased density on such lots using low footprint cluster designs could catalyze small farms and provide affordable housing for the younger generation of farmers we so desperately need.

The project went through several stages, beginning first with market research, moving into an outreach phase for data and recruitment of volunteers for the case studies to come. The consultant and management team selected four case study properties that reflected a diversity of geography, ownership and potential farm yield. The team collaborated on a smart farm proposal for each property, including farm plan, designs, legal recommendations and a feasibility analysis. The case-study approach allowed the team to explore this innovation across a spectrum of potential proposals, from the unconventional co-operative driven model through to the more conventional developer-driven model.

The findings were daunting, surprising and exciting all at the same time. There is a significant amount of front-end work—from the business plan to legal considerations to rezoning—required to establish these proposals. That said, on the Sunshine Coast where this project is based, they garnered little to no resistance at the government or regulatory level. There is a growing (almost desperate) desire for more local farms and this desire has translated into an openness to alternative solutions.  Lastly, the number and diversity of people who are interested in exploring the smart farm concept—here on the Sunshine Coast and elsewhere—means these proposals are not just viable; the proposals are achievable. With continued support from funders and local government, smart farms have the potential to play a pivotal role in attracting young farmers and catalyzing new farms across BC and Canada. 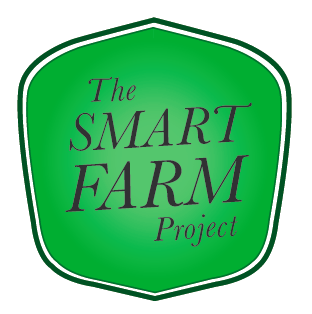 See below for other related documents and material for download.

Special thanks to our funders and partners:

Partial funding for this project has been provided by Agriculture and Agri-Food Canada through the Canadian Agricultural Adaptation Program (CAAP). In British Columbia, this program is delivered by the Investment Agriculture Foundation of BC.

Agriculture and Agri-Food Canada (AAFC) is committed to working with industry partners. Opinions expressed in on this website and related documents are those of Deer Crossing the Art Farm and not necessarily those of AAFC or the Investment Agriculture Foundation.

And our industry sponsors: